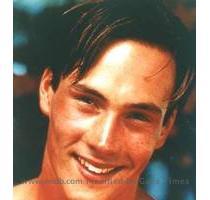 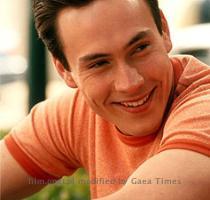 LOS ANGELES (GaeaTimes.com)- The Hollywood actor Chris Klein who is famously known for his role in “American Pie” was arrested by the Los Angeles police on early Wednesday morning on suspicion of driving under influence (DUI). According to authorities, Chris Klein was arrested when they found him crossing lanes of a South California highway without much control over his steering.

The California Highway Patrol said on Wednesday that the 31-year-old star was stopped and asked to come out of his car while he was driving through Sherman Oaks on U.S. 101. Some media sources claimed that Chris Klein was forced to undergo the sobriety test and that the actor failed miserably. In the Breathalyzer test the actor reportedly blew more than .20 while the legal blood alcohol limit is .08. It is only after the test that the police arrested him on suspicion of drunk driving.

The California Highway Patrol Officer Patrick Kimball said to media sources that Chris Klein was arrested and then released after he acknowledged his fault. However, this is not for the first time that Chris Klein has been arrested by the California police on charges of drunk driving. Back in 2005, Chris Klein was arrested for drunk driving in north San Diego County. He was fined $1,800 and ordered to perform community service of 150 hours after he pleaded guilty to the act. On Wednesday, neither the actor nor his representative spoke to media sources or returned the call made by them. The actor is going through a rough patch of time with his professional career not taking off well for some time; it seems that the Wednesday incident has only added to his problem.