Arshad Warsi from Funny to Romantic 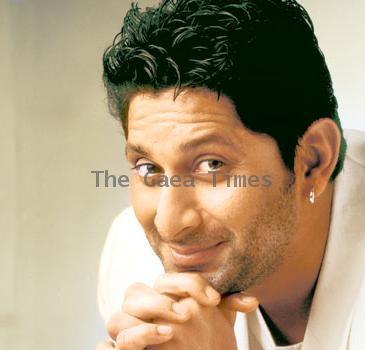 June 9, 2010 (Sampurn Wire): He won our hearts, playing the mischievous and roguish yet loyal side kick, Circuit, in Munnabhai along with Sanjay Dutt. It was this very role that put the wickedly funny Arshad Warsi on the map. Since then he has taken up number of roles, which require him to be the humorous aid.

Arshad was last seen alongside the very pretty Dia Mirza and Boman Irani in Hum Tum Aur Ghost, the movie did not have a profound impact on the box office. His last critically acclaimed role was as the con man Babban in Vishal Bhardwaj’s Ishiqiya with Naseeruddin Shah and Vidya Balan.

According to the latest news, the comic actor will soon be a part of a full on romantic film, the story was first written by Arshad himself ten years ago, and he has been asked to revive it and bring to the big screen.

After making the fans laugh uncontrollably, Arshad is all set to romance on screen and perhaps make us fall in love with this new avatar of his. The question is, will be in front or behind the camera?

WANA - Although the Pakistan army had launched a major offensive in South Waziristan one year ago, b...

WAGAH - Sixty four Pakistani nationals, most of them fishermen and who were internees in Indian pris...

MUMBAI, INDIA (GaeaTimes.com)- This Diwali, things are surely getting all the more sizzling for ...
Copyright© 2010 The Gaea Times