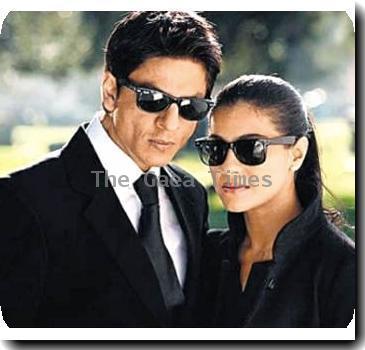 Feb 11, 2010 (Sampurn Wire): Action…Drama and loads of ‘rona dhona’ in bolly-flicks is something Indian cinema is renowned for. Touching the chords with right emotional components has been prevalent since a long time. Dreadful death of a positive character due to cancer and tuberculosis would give a filmmaker masala and make audience drown the theater with their woeful tears. Indian cinema has come a long way, and so has the trend of diseases.

In this brave new era, Bollywood is embracing disability and is not shunning it to sub-plots; making a difference, filmmakers today convey a message to make aam junta sensitive to medical conditions that were earlier locked up in Pagalkhaanas. Let’s begin with ‘My Name Is Khan’.

‘My Name Is Khan’ (Autism): ‘My Name Is Khan’ is the latest attempt to showcase one of the diseases is all set to hit the silver screens. This SRK-Kajol starrer the beautiful on-screen couple is making a comeback with the film. In the film ‘My Name Is Khan’ Shahrukh Khan suffers from Asperger syndrome. SRK suffering from this disease eventually falls in a big soup. What happens next is interesting to witness. The story has been penned down and directed by Karan Johar.

Woh Lamhe (Schizophrenia): Loosely based on the life of late Parveen Babi; Kangana Ranaut stepped into the shoes of sensuous actress, who in her later stages suffered from schizophrenia. Kangana Ranaut fitted in the glove perfectly. Rituparna Gupta is another actress in a complex author-backed role in Beti Kromi, who brought into limelight the fatal consequences like miscarriage of this disorder and garnered loads of critical acclaim for her performance.

U Me Aur Hum (Alzheimer): ‘I will there with you in your thick and thin’ promises Ajay (Ajay Devgan) to Piya (Kajol) who are happily married. However, fate has something else in store for them. Piya a patient of Alzheimer tends to forget things and eventually it leads to a total memory loss, where she can recognize none, not even her husband and son. A well-directed film by Ajay Devgn, it got critical acclaim for its portrayal of Alzheimer Disease in a sensitive way.

Taare Zameen Par (Dyslexia): Actor-producer Aamir Khan reinvented his career as a director with this masterpiece, which brought him countless laurels. Ishaan Awasthi (Darsheel Safary) a dyslexic patient finds difficulty in reading and writing. His misery goes unnoticed even by his parents, in the name of carelessness. Misery reaches its last stage when Ram Shankar Nikumbh (Aamir Khan) Ishaan’s painting teacher first discovers his disease and induces a great level of conviction by making things easily teachable to him. Taare Zameen Par conveyed the message- every child is special and parents should let them live to the fullest without any pressure.

Luck (Dextrocardia): Dextrocardia is definitely not a disease, but an unusual case of a person born with their heart situated on the right side, instead of left. Such is the extent of ignorance– that when this medical condition was showcased in LUCK, it did not go down well with many, including critics. Imran Khan is discovered with his heart on the right side, when he escapes death as bullet crosses his chest from the left side where a heart is usually located.

Paa (Progeria): Child is father of the man, here in ‘Pa’; it can be interpreted quite literally, as Abhishek plays on-screen father to his real dad Amitabh Bachchan sounded little confusing before the release of the film? Well it isn’t really that hard to understand, if you understand Progeria, a rare genetic condition in which a person ages 4-6 times faster than an average human being showcased in the film. Premature aging pretty much explained the reason for Big B to play sonny to his sonny! Cheeni Kum director, ad whiz R. Balakrishnan aka Balki directed ‘Pa’. Balki kept his film and Big B’s kiddie look a big secret; we said what’s all the hush-hush about, after all Balki we could and can still actually watch better on Progeria- Robin Williams JACK is on DVD you know!