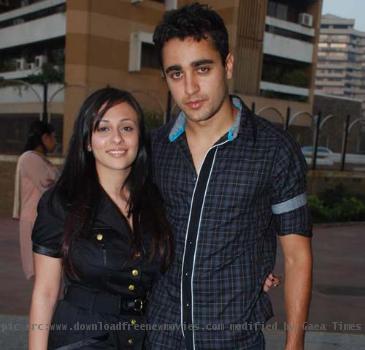 MUMBAI, INDIA (GaeaTimes.com) — Bollywood hunk Imran Khan is all set to enter the wed lock with his long-time girlfriend Avantika Malik. The wedding will be held in January, 2011.

According to reports the marriage will be a simple court marriage and will be kept private. The preparations has already been started.

Imran makes up his mind to solemnize his wedding as the director Danish Aslam inspired him. Danish is the director of Imran’s upcoming movie ‘Break ke Baad’.

While giving an interview Imran reveals his plan on marriage. He said, since he belongs to a Muslim family and Avantika has a Hindu background, they felt the best way would be to follow a neutral ritual thats why they opt for a court marriage.

Even Danish, my director of ‘Break Ke Baad’ was in a same situation and had a court marriage.

Besides, Imran, ‘Break Ke Baad’ will star Deepika Padukon. It will be Danish’s debut directorial project, that touches the silver screen on Nov 26.

We, at GaeaTimes wish both Imran and Avantika a very happy married life ahead.