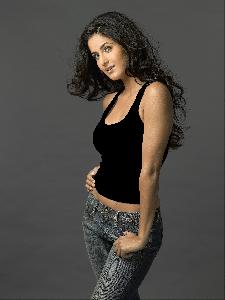 Katrina’s latest flick New York hit the screens on Friday and it has already a hit. New York has a very gripping story and the stars have put in brilliant performance. Katrina plays Maya in he movie. Audiences have liked her role especially in the movie and have loved her performance. A trade Pundit says, “Katrina Kaif has finally got the meatiest role of her career and she has taken full advantage of it. She is very good in emotional scenes as well.”

Katrina Kaif has once again proved that she is not here just because of her beauty but also her acting talent. Katrina has put a power packed performance and the audiences are appreciating it.

Katrina had really worked hard for this movie and now that it’s a success the fruits of hard work are paying off. The audiences have liked Katrina’s performance. Trade Pundits say, “It’s Katrina’s best performance in the movie which helps the movie to rise from the average category, People have poured in numbers to watch Katrina and have had their paisa vasool.” - SAMPURN
Filed under: Bollywood