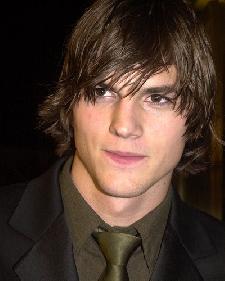 With Bollywood being on a standstill and release of any new film seemingly a distant dream, celebrities are happy to talk about the plethora of social networking sites that are trying to make their presence felt in the world of internet.

A few days back there was news around Mallika Sherawat looking at using TWITTER as a medium to interact with her fans and promote her upcoming film HISSSS. However, the fact is that much before Mallika possibly logs in for the first time on the website, Gul Panag has already explored it to the hilt and is in a position to impart complete ‘gyaan’ about TWITTER.

"It has been quite a while actually since I got hooked on to TWITTER. While FACEBOOK has been popular for around a couple of years now, TWITTER is the newest tool for social networking. I am aware about so many big guns from the world of entertainment, art and even politics who are a regular there", says Gul who is easily one of the most internet savvy women that one has come across from the world of Bollywood.

Getting all excited about the tool and commenting like a pro, Gul begins explaining the benefits of the tool. "See, first and foremost it is quite niche since not anyone and everyone is expected to get an account built there. It is visited only by professionals and not anyone random out there. This makes it further exclusive."

TWITTER enables its users to send and read other users’ updates known as tweets which are displayed on the user’s profile page and delivered to other users who have subscribed to them (known as followers). Amongst Bollywood celebrities, Gul Panag has quite a few followers to her name.

She faces tough competition though from the likes of British comedian Stephen Fry, who is well known for being the celebrity with a large number of followers. However, the most followed celebrity today is Ashton Kutcher who is the first Twitter user to reach the 1 million follower mark. While CNN "Breaking News’" account comes next, singer Britney Spears finds herself in the third place.

"Well, it’s a good company to be in. Yes, it’s a long way to go but I am sure I will make it there in time to come", smiles Gul before signing off. - SAMPURN (Joginder Tuteja)