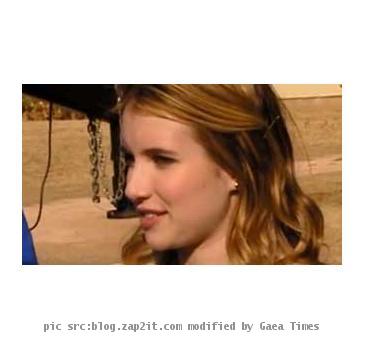 LOS ANGELES (GaeaTimes.com)- For the Texas based Brown family, their worst nightmare came true when their 17-year-old daughter Alexander Brown was killed in a car accident as she was busy texting on her phone and driving while going to school. The Brown family were featured on the latest episode of the ABC reality show ‘Extreme Makeover: Home Edition’ last night and just like all the other episodes of the show, even last night’s edition was throughly enjoyed by the viewers. The entertainment quotient during the ABC show last night has accentuated all the more as Canadian singing sensation Justin Bieber as well as ‘Wild Child’ actress Emma Roberts, made an appearance on the show.

During the ‘Extreme Makeover: Home Edition’ episode last night, volunteers came to the Texas home of the Brown family to give their home a completely different makeover while rebuilding the house. While the three-member family’s home was getting renovated by the cast and crew of the ABC show, the viewers also got an opportunity to know more about the Browns and the tragedy in which they lost their teen daughter. The deceased girl’s mother Jeannie reiterated that the circumstances under which her daughter was killed just highlights the dangers of driving and texting at the same time by teenagers.

The reason owing to which ‘Extreme Makeover: Home Edition’ producers asked Justin Bieber and Emma Roberts to make an appearance on the show was because the teen stars would be able to understand the epidemic of texting and driving among youngsters. Following the death of their daughter, the Brown family decided to start the Remember Alex Brown Foundation, an organization that hopes to raise awareness about safe driving.