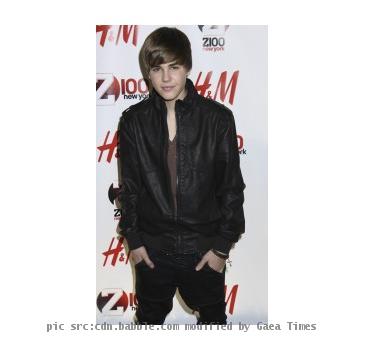 LOS ANGELES (GaeaTimes.com)- Rumors are flying on social networking sites, gossip magazines and web portals that Canadian pop star Justin Bieber is dating Caitlin Beadles. On the other hand, some other media outlets spotted singer Selena Gomez and Justin Bieber together in Miami. However, the representative of Justin Bieber was unavailable for any comments.

The rumor regarding Caitlin Beadles started when she posted a statement on her social networking site stating that she is heading towards Bahamas. However, coincidentally Justin Bieber was at Bahamas for some concert. Caitlin Beadles then again wrote on her social networking site few days later that whatever happens in Bahamas, stays there. The media outlets then started speculating that the duo might have met each other and then dated for sometime. Some gossip portals reported a shocking news stating that Caitlin Beadles was stabbed by one of Justin Bieber’s fans and was rushed to hospital. However, this news turned out to be completely fake as her family reported that Caitlin Beadles was admitted to the hospital owing to her breathing problem and not because of any stabbing.

However, other than Caitlin Beadles, the media outlets also linked Justin Bieber with Selena Gomez. The gossip portals reported that the pair was seen enjoying their time in Miami. The photographs surfaced on web shows that Selena Gomez and Justin Bieber are walking side by side and then enjoying their time with each other. The eyewitnesses said that the pair was looking comfortable with each other. However, when they spotted paparazzi, they hurried back to the hotel room. The pair has previously denied their reported affair saying that they are just friends.

LOS ANGELES (GaeaTimes.com) -- Caitlin Sanchez is the 14 year old girl who used to deliver her v...
Copyright© 2010 The Gaea Times