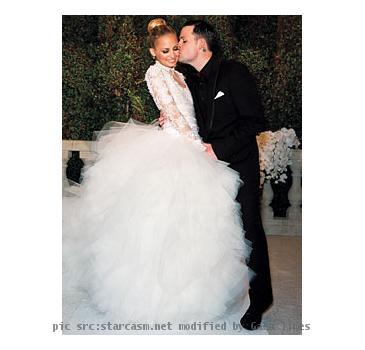 LOS ANGELES (GaeaTimes.com)- With reality star Nicole Richie and her longtime boyfriend Joel Madden’s wedding ceremony been solemnized last Saturday, all the ardent followers of the celebrity couple are scrambling the web to gather more information about the grand ceremony which witnessed the presence of who’s who of the entertainment industry. Intrinsic details of the event including the dress worn by the reality star have emerged with the power couple themselves revealing their reactions about how the entire experience of tying the knot in the presence of friends and family in a lavish ceremony turned out to be.

While talking to a leading media outlet following the wedding, Nicole Richie reiterated that getting married to the love of her life at her father’s luxurious Beverly Hills mansion could be best described as magical. While the 29-year-old reality star described the wedding as magical, the Good Charlotte rocker was not far behind as he went on to reveal that it was the best night of his life. For the D-Day, Nicole Richie chose to wear three different dresses, one each of the actual ceremony, the dinner that followed and the party that was held later.

Sources say that fashion designer turned reality star looked absolutely gorgeous in all the three dresses which also included a stunning ball-gown skirt that was created with 100 yards of silk organza and tulle petal that made her look beautiful. Apart from the 130 people who attended the gala event, Nicole Richie’s wedding ceremony also had a special guest, an elephant which was present as it is often associated with good luck.