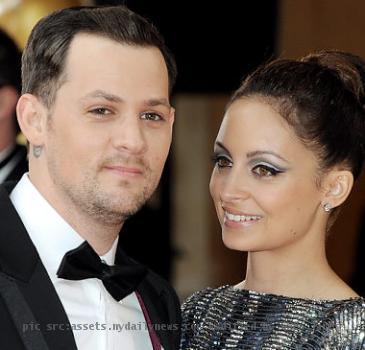 LOS ANGELES (GaeaTimes.com)- For reality star Nicole Richie and her longtime boyfriend musical artist Joel Madden, their marriage on Saturday in a posh Beverly Hills mansion was nothing short of a fairytale wedding. The 29-year-old reality star tied the knot with her beau in front of family members as well as close friends who were present at the wedding ceremony to witness the love-birds pledge their love for each other.

The wedding ceremony is reported to have been taken place at the Beverly Hills home of “The Simple Life” star’s father and it was also attended by the who’s who of the world of glitz and glamor. While Nicole Richie’s close friend Samantha Ronson served as the bridesmaid, the rocker’s twin brother as well as his ‘Good Charlotte’ bandmate Benji was the best man in the gala ceremony. The newly-married couple’s two kids, two-year-old Harlow Winter Kate as well as their 15-month-old son Sparrow Midnight were also present apart from the 130 guests who graced the event to give their best wishes to the couple.

According to an insider close to the newly-wedded couple, Nicole Richie and her rocker beau wanted to tie the knot in a wedding ceremony that had an Old Hollywood and glamorous feel to it. The source also went on to add that the reality star wished to have an ‘elegant and memorable’ affair for their family members as well as closest friends on the special day. Meanwhile, the couple is also said to have sold their wedding pictures exclusively to a popular magazine for a whopping $100,000.