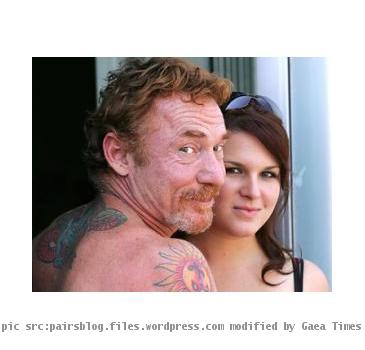 Danny Bonaduce met Amy Railsback back in 2007 and the couple started dating each other since then. Amy Railsback was formerly a substitute school teacher and now she manages Danny Bonaduce’s career full-time. After their marriage, the couple went to Oahu for their honeymoon. Danny Bonaduce expressed his excitement and happiness through the homepage of his social networking site where he stated that he is officially married to Ami Railsback. The couple reportedly went to Oahu for their honeymoon. The former child actor finalized his divorce with his second wife Gretchen Hillmer less than six months ago.

Danny Bonaduce and Amy Railsback got engaged on March 12, 2009. The actor reportedly gave his girlfriend a skull and crossbones ring, however, later he replaced the it and gave her a traditional and upscale ring. A source close to the couple says that Amy Railsback even has a tattoo on her body that reads number 11 (the date of their first kiss). A reputed media source reported that the marriage took place at the Four Seasons in Maui while the couple was in vacation. The gossip portals report that only the wedding officials and the couple was there for their private ceremony.