Kim Zolciak Not Ready for Engagement! 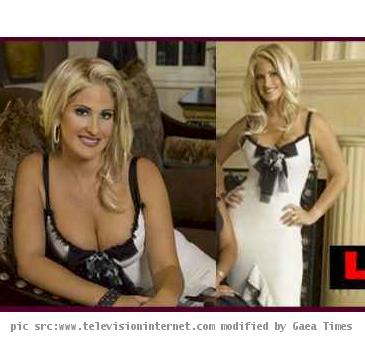 ATLANTA (GaeaTimes.com) — ‘Real Housewife of Atlanta’ famed star Kim Zolciak has confirmed that all the news regarding her engagement are false and she is not wearing any ring at all!

Kim has admitted that although she is 3 months pregnant with boyfriend Kroy Biermann, she is in no mood for marriage. Lately, she tweeted from her account -

I really want 2 know the “confirmed source” that has seen the ring that Kroy “supposedly” gave me I am dying to know what it looks like IDIOT.

Earlier she had confirmed that she was not going to marry while being pregnant at the same time. But, does that mean she is willing to tie knot after she gives birth to her child? Well, let’s just watch and see.