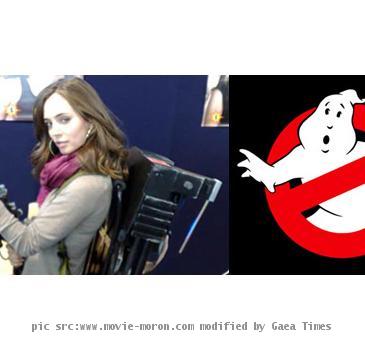 LOS ANGELES (GaeaTimes.com) — Rumors are flying high that actress Eliza Dushku is all set to play a part in the upcoming Ghostbusters 3 film. Although no confirmation has been received from the film makers or the actress, no denial has been made by anyone. This has raised the curiosity level among the Ghostbusters fans.

Dushku is well know for playing “Faith” in “Buffy the vampire Slayer“. She also tried her luck in tv series “Dollhouse” with Joss Whendon, which failed to impress the audience. So, the show was canned after only 2 seasons by Fox.

Now, if Eliza really joins beside Bill Murray, Ernie Hudson, Sigourney Weaver, and Harold Ramis in the upcoming Ghostbusters film, it will be a great treat for the franchise fans.

What do you say? Will Eliza be able to live up to the expectation? What role she is going to play in Ghostbusters 3? Do feel free to comment!

World's oldest mother considering having another child at 72

LONDON - A Romanian woman, who became the world's oldest mother after giving birth to her daughter a...

LONDON - A woman in Britain has won the legal battle to bury her relative's body, which had been put...

LONDON - Britain will be at risk if its secrets are compromised, the chief of the country's Secret I...

Resources a click or call away for gay youth, loved ones and communities in light of suicides

WASHINGTON - A researcher has identified a new pathway used by the malaria parasite to infect human ...

MUMBAI - As many as 30 sportspersons Wednesday asked the youth of Maharashtra to maintain peace and ...

SYDNEY - A gene network behind the hardening of coronary arteries and heart disease has been identif...