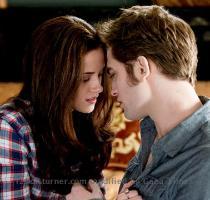 LOS ANGELES (GaeaTimes.com)- There is a great piece of news for all the Twilight lovers. The DVD of “The Twilight Saga: Eclipse,” one of the movies of the series based on Stephenie Meyer’s novel “Twilight” is hitting the stores today. The extra point that this DVD has is that it comprises of all the deleted scenes that were finally chopped off by director David Slade in the final version of the film. Isn’t this a great news for the Twilight fans, best known as Twi-hards.

According to sources, director David Slade said that there are a lot of things in the original novel, which is a pleasure to read, but when those things are incorporated in “Eclipse”, the movie did not match with the sync of the script. As a result, the director is forced to chop the scenes off even if fans of the book desperately wanted to catch a glimpse of all the scenes. This is a two disc special edition perfect for the holiday season.

Davis Slade went to narrate how one of his favorite scenes had to be deleted. The scene between Isabella and Edward in the early part of”The Twilight Saga: Eclipse” where a short fight takes place between them in Isabella’s truck while she goes out to look for Jacob. During the scene, Edward catches hold of her but Isabella leaves and goes back to her house, simply slamming the door. However, originally they had shot an annoyed Isabella going upstairs and closing the window and then again unlocking the panes as a result of her love for Edward. However, the scene had to revised as the director thought it would get rather heavy for the audiences.