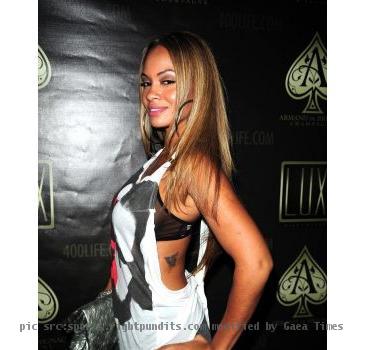 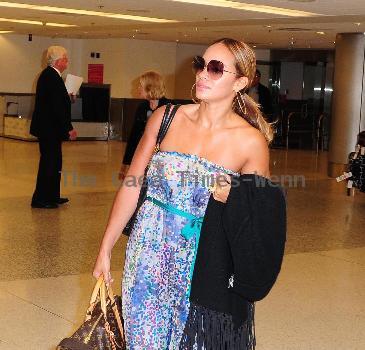 LOS ANGELES (GaeaTimes.com)- One more news of a hook up sprang up as it has been found that Chad Ochocinco has once again made a proposal, and this time it was to Evelyn Lozada of “Basketball Wives” fame. According to sources, Chad Ochocinco has presented Evelyn Lozada a 10-carat engagement ring after asking for her hand, on Tuesday in Cincinnati.

Reports have found out that Chad Ochocinco and Evelyn Lozada have been dating for the last four months. “Basketball Wives” star Evelyn Lozada is quite ecstatic about her engagement proposal and this became quite evident as she was later on found of putting up a snap of the 10-carat ring, in her Tweeter account which the Cincinnati Bengals player had presented her with, not forgetting to mention that the ring was looking quite good on her. Although no date has been fixed for the D-day, but speculations are being made that it may happen any time soon.

Brooklyn-born and Bronx-raised Evelyn Lozada is the ex-fiance of former NBA All-Star Antoine Walker, whom she met while she was working as an assistant to an celebrity attorney. Evelyn Lozada also has a teenage daughter from a previous relationship. Currently she features in the show “Basketball Wives”. She also runs an upscale shoe boutique in Coral Gables, a suburb of Miami. The last time Chad Ochocinco was seen putting a proposal forward to someone was four years ago, when he bent on his knees and proposed to a Cincinnati Bengals cheerleader, after he had scored a touchdown in a pre-season game and now it seems that the 32 old player has once again found true love in Evelyn Lozada.