Pee-wee Herman To Return On Broadway 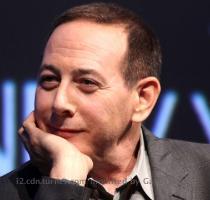 NEW YORK (GaeaTimes.com)- All those people who have been missing Paul Reubens and his cult character Pee-wee Herman, can now breath a sigh of relief as the actor is all set to be back with a bang. The latest reports have said that Paul Reubens, who is best known for the playing the fictional character of Pee-wee Herman, will be seen in Broadway for a new show.

Paul Reubens and Pee-wee Herman have literally been indispensable from each other ever since the character came into existence in 1970’s. They were called the two sides of the same coin. Pee-wee Herman, the volatile man-child character, very similar to that of Peter Pan and Willy Wonka shot the comedian into instant stardom when he was introduced to the audience in the Groundlings Improv Comedy theater. However, things have not so smooth for Paul Reubens as he has been arrested three times. In 1991, he was accused of incident exposure in front of a Florida theater. He had to call off his own CBS morning show, called the “Pee-wee’s Playhouse,” after this arrest. In 2002, vintage erotica was seized in his home and in 2004, he was arrested for possessing obscene materials. This completely took a toll on the innocence of Pee-wee Herman and the popularity of its creator, Paul Reubens. The subsequent humiliation and accusation reduced his morale to such an extent that he decided to give up his stardom and lead a normal civic life.

However, he has come a long way since then, and Paul Reubens is going to be back with the “The Pee-wee Herman Show”. His comeback event will take place at the Stephen Sondheim Theater in Broadway on Nov. 11.