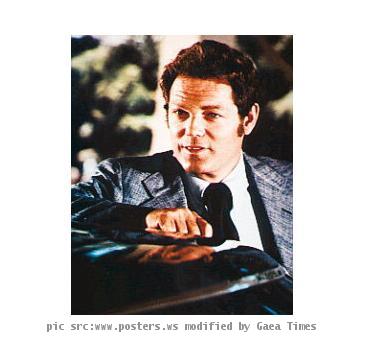 LOS ANGELES (GaeaTimes.com) — The adopted son and the actor of much celebrated actress of Helen Hayes and playwright Charles MacArthur, James MacArthur had left for heavenly abode at the age of 72. Mr. MacArthur popularly known for his 11 years of role in the television detective show “Hawaii Five O“.

The much acclaimed actor was known as Detective Danny Williams for his outstanding performance in “Hawaii Five O”, the longest running crime show on TV. His acting career started at a very early age being brought up in such a family with acting background. He had his debut when he was only 12 years old in a production of “The Corn Is Green” in Olney, Md.

From there his career witnessed a nonstop ride. His spectacular roles includes TV shows as well as movies like Bonanza,” “Death Valley Days,” “Hollywood Squares,” “Vegas,” and “Storm Chasers.” He married thrice and is survived by his wife of more than 20 years, four children, and six grandchildren.