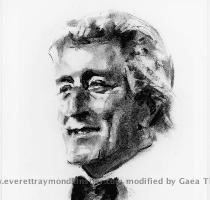 SAN FRANCISCO (GaeaTimes.com)- The much anticipated Game 1 of the World Series on Wednesday night held some big surprises for the fans as not only some of the biggest Hall of Famers threw the first pitch, but also some legendary singers graced the field. Singing ‘God Bless America’ was the legendary crooner Tony Bennett. In what was a performance that stirred up the emotions of the audience on TV as well as the venue alike, the octogenarian proved that age is only in the mind. Hitting the perfect notes in the song, Tony Bennett became one of the highlights of the evening that had so much in store for the fans.

Also performing at the venue was John Legend who sang the national anthem. The singer had also performed at the MLB World Series opening at the Yankee Stadium in 2009. The highlight of the evening was, however, Tony Bennett who is in the heart of every San Franciscan. He performed during the 7th inning stretch of the fans and his performance was marked by a standing ovation and the men in the audience taking off their caps in honor of the legend.

Tony Bennett has received the Grammy Award 15 times and has been an icon in the American Music Industry over the decades. In spite of his age he continues to be a force to reckon with in the industry and the performance at the World Series Game 1 between the Texas Rangers and the San Francisco Giants. Among some of the stars who threw the ceremonial pitches were Orlando Cepeda, Gaylor Perry and Monte Irvin.