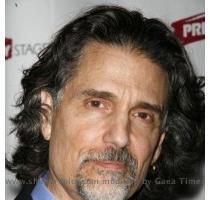 LOS ANGELES, (GaeaTimes.com)- All the fans of Chris Sarandon should now start counting days for the release of “Fright Night” remake. The veteran actor will once again star in the celebrated movie of 1985 and 1988. Chris Sarandon, who played the role of lead vampire, Jerry Dandridge, his cult on-screen character, will now be portraying some other character. Although, it has not been revealed, which one. Jerry Dandridge, will be played by Collin Farrell in the new version.

The remake of “Fright Night” will be directed by Craig Gillespie, and produced by Michael De Luca, Michael J. Gaeta, Alison R and Rosenzweig. It will be distributed by Dreamworks Touchstone Pictures. Other artists who will be working in this movie are Anton Yelchin, Tonie Collette, Sandra Vergara, Christopher and Mintz-Plasse. The new version will be shit in 3D with Paradise FX’s Tri. Amongst everything else, most of fans of Chris Sarandon, are wondering, which character will he play. This has given rise to several speculations. One of the initial rumors said that Chris Sarandon will be playing the role of Peter Vincent. However it was soon confirmed that it will be played by David Tennant.

The director, Craig Gillespie, said that the first two movies were marked with a typical retro feel of the eighties. The same thing cannot be repeated in the new version as it will not be accepted to the wider audiences. However, he plans to retain the “the gore factor”, with a modern set up, so that even the younger generation is attracted towards it. He plans to keep the role of Chris Sarandon as interesting as possible. This movie will be released in the October of 2011.