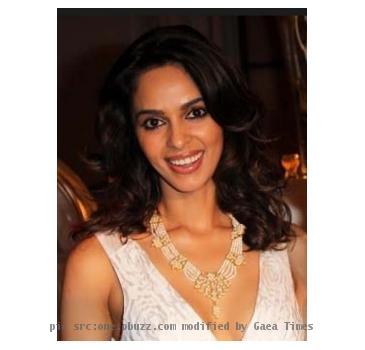 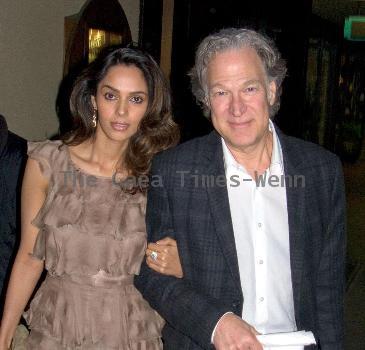 When quizzed why she didn’t make Mallika her showstopper, Dongre said: “I just invited her as a friend to attend the show. In fact, my showstoppers were two Rajasthani dancers who came all the way from Jaipur and did a wonderful job.”

The outfit Mallika was wearing was from Dongre’s summer collection, the designer revealed.

“She was wearing one of my designed outfits. She was wearing a yellow organic cotton federate dress from my summer 2011 collection,” Dongre told reporters after the show.

In the collection, the embroidery was cleverly used on cuffs, necklines and yokes in glittering gold and silver. Drapes appeared on dresses with the greatest of ease as they innovatively moved all over the garments, while cowls were used with great ingenuity.

The silhouettes were figure-hugging and sexy and the highlights were a raglan-sleeved cowl-neck outfit, and a hooded one with a cowled yoke and a simple elegant printed sheath.

“It was Rajasthan inspired, I enjoyed designing it. Everyone was wearing bandni dresses which were again inspired by Rajasthan,” said Dongre.

The designer also wanted to promote Rajasthan’s folk culture through her show.

“I really want to promote folk art. Rajasthani dancers were my way of saying India should treasure its folk artists and I think from now on in every show, I am going to get folk artistes from across the country. I will put them on the ramp as I think that they deserve to be recognised,” said Dongre.

MUMBAI, INDIA (GaeaTimes.com)- Bollywood actress Mallika Sherawat who is known more for her ...

Is Mallika Sherawat Hot In 'Hisss'?

MUMBAI, INDIA (GaeaTimes.com) Mallika Sherawat feels that She has looked more hot in her upc...

NEW DELHI - Films depicting a compulsive liar and a snake woman's vengeance a la "Naagin" and a biop...

GURGAON - Irrfan Khan has managed to make a name for himself in Hollywood as well as Bollywood. As h...
Copyright© 2010 The Gaea Times