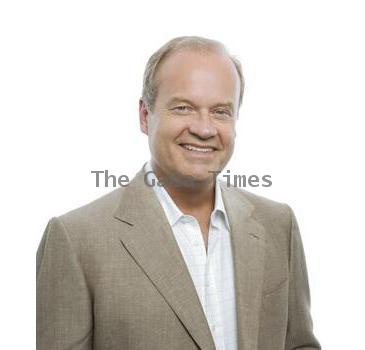 September 11, 2010 (Sampurn Wire): The former ‘Frasier’ star Kelsey Grammer is currently living in the Big Apple for his role on Broadway’s “La Cage Aux Folles’ revival. In a recent interview, the celebrity actor revealed that he and his 29-year old girlfriend Kayte Walsh are planning to make New York City their new home. Walsh is currently pregnant with his baby and they want to shift base to the east coast.

During the interview, Grammer said that he was discussing the moving options with his girlfriend as they have fallen for the charms of the beautiful city and want to make it their new home. Kelsey recently got divorced from his third wife, Camille Grammer, after being married together for 13 years. The former couple cited ‘irreconcilable differences’ as the reason for their split.

Right after the divorce, Kelsey started dating his present girlfriend Kayte Walsh. Kelsey said that the couple is planning to have their baby in New York and added, “We have a lot of things in our future and great happiness ahead.”

We hope Kelsey, his girlfriend Kayte, and their impending bundle of joy have a nice time in New York City. Kelsey has a lot of new projects in the pipeline so the move to the ‘Big Apple’ might just be the perfect boost for his career.

LONDON - The stars of the 'Real Housewives of Beverly Hills,' reality TV show, have spilled their co...

LONDON - A gay Saudi prince on trial in Britain was Tuesday found guilty of beating and strangling h...

WASHINGTON - Lindsay Lohan has checked into the most famous treatment-center-to-the-stars, Betty For...

You're Australia's top model! Oops, no, you're notSYDNEY ? The winner of "Australia's Next Top Model...

SYDNEY (GaeaTimes.com) -- This year the winner of Australia's Next Top Model is Amanda Ware. The...

Man drops ring off Brooklyn Bridge while proposing to girlfriend