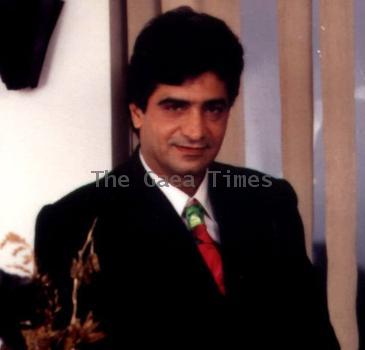 September 10, 2010 (Sampurn Wire): The one actor who did not come for the mahurat of producer Ashok Thakeria and director Indra Kumar’s Double Dhamaal is Mallika Sherawat, who apparently was misinformed about the date of the event. Now it appears that the shooting of the film which was to start in Pune from Thursday last week was pushed forward by a day because Ms. Sherawat suffered from jetlag.

The producer, however, diplomatically blames the weather gods for the delay. “It had been raining incessantly in Pune for the last three days. We had to postpone the shooting by a day. And look at the miracle. It hasn’t rained since we started shooting.”

Though a perfectionist by nature, Aamir Khan is known to be quite emotional in his dealings with old friends. When Aamir met up with producer Ashok Thakeria and director Indra Kumar this week on the occasion of the producer-director team’s 25 years of professional togetherness, the superstar-actor who has been part of Ashok-Indu’s most successful films Dil and Ishq, got highly emotional.

Thakeria can’t get over is how wonderful Aamir is at keeping up relationships.

Says the emotional producer, “To this day Aamir invites both Indu (Indra Kumar) and me to watch every film of his and then we discuss it with him in detail. Just the other day, we were with Aamir watching Peepli Live and then in his home till 5 in the morning talking about it.”

Thakeria is bowled over by Aamir’s memory–recall. “I have forgotten many incidents. But Aamir remembers every detail. Aamir related a conversation with him that we had on the deck of the luxury ship where we shot Mann. I couldn’t remember any of that conversation. Both he and Anil Kapoor who came to the mahurat of Double Dhamaal just overwhelmed me and Indu with their warmth.”

SEATTLE (GaeaTimes.com)- The heavy snowfall in Seattle is taking a toll on the regular life of the p...

SEATTLE (GaeaTimes.com)- The Washington State Department of Transportation has been thrown into a si...

SEATTLE (GaeaTimes.com)- Monday's heavy snowfall has hit the traffic of Seattle severely. The ...

SHIMLA - The higher reaches of Himachal Pradesh may experience more spells of snow, the weather offi...

NEW DELHI - It was a cloudy and chilly morning in the national capital Monday with the weather offic...
Copyright© 2010 The Gaea Times