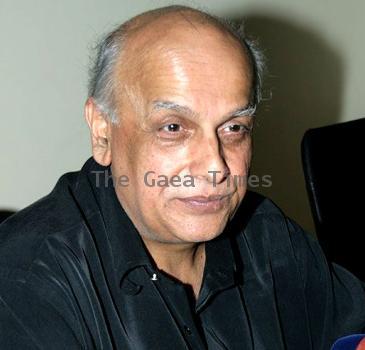 September 9, 2010 (Sampurn Wire): Mahesh Bhatt, the veteran director, producer and screenwriter, has again taken the pen to jot down his next project called ‘Murder 2’. Bhatt is back to writing after four years. In 2006, he wrote the story of the movie ‘Woh Lamhe’, which was almost like his autobiography.

‘Murder 2’ will be co-written by Mahesh Bhatt with Shagufta Rafique. The movie is based on the heinous Nithari killings in Noida. So, the movie is not going to be a sequel of the 2004 film ‘Murder’, which had Emraan Hashmi and Mallika Sherawat in the lead roles. Mohit Suri will direct the movie, which will have a new girl opposite Hashmi.

On this, Mahesh Bhatt was quoted saying that ‘Murder 2’ is the next film in the Murder series like they did in the ‘Raaz’ series. He added that Nithari killings gave them an idea to make a movie about these monsters that live in the society with normal people but remain a great threat to others.

Producer Mukesh Bhatt was quoted saying that the movie is of a crime genre, which is entirely shot in Goa. Mukesh said that his brother Mahesh has conducted a thorough research on the case and he has visited frequently to North India and met the families of victims and also the accused.

However, Mahesh Bhatt denied meeting the two main accused individuals Surinder Koli and Moninder Singh Pandher. He added that he is taking help from some of his journalist friends for this film.

Nithari killings were one of the most dreadful crimes ever committed, which came into notice at the end of December, 2006.