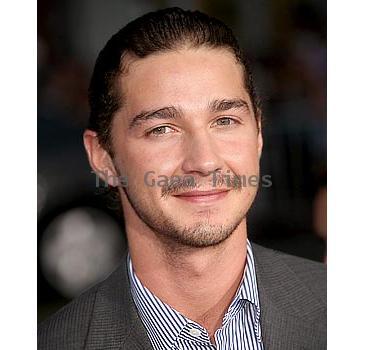 September 1, 2010 (Sampurn Wire): He may be a relative rookie when it comes to making movies, but Shia LaBeouf is clearly proving his worth to Hollywood.

Thanks to the success of movies like Transformers: Revenge of the Fallen ($836/ £544 million worldwide box office) and the fourth Indiana Jones film ($787/£512 million) LaBeouf is the star who brings in the most profit, based on the salary he is paid.

According to the magazine’s own calculations, for every $1 (65 pence) the studios spent on the actor, his films return around $81 (£52) in profit.

The magazine speculates that LaBeouf is still not earning $20 (£13) million a picture unlike other top leading men in Tinseltown.

She earned the studios around $64 (£41) per dollar, due to hits such as Alice in Wonderland, ($1 billion global box office) and low budget romantic comedy Bride Wars.

Behind them, Cate Blanchett came in fifth, and Meryl Streep and Jennifer Aniston were tied in sixth place.

The website calculated the results by looking at the 36 top earners in Hollywood.

KARACHI - The Lashkar-i-Jhangvi (LJ) was behind the terror attack on the Crime Investigation Departm...

WASHINGTON - The US Thursday called the breakthrough political agreement in Iraq a "big step" that w...

ISLAMABAD - At least 19 people were killed and more than 110 were injured Thursday night when an exp...

KARBALA - At least 48 people were killed and 16 injured in a car bombing on a crowded street near a ...

LOS ANGELES - Will Ferrell is Hollywood's most overpaid actor, according to a study by Forbes magazi...
Copyright© 2010 The Gaea Times