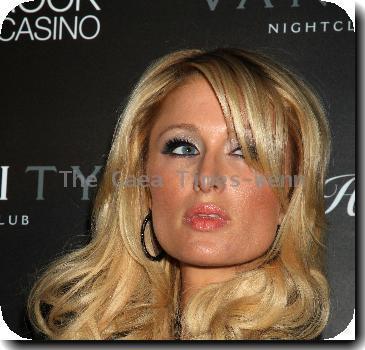 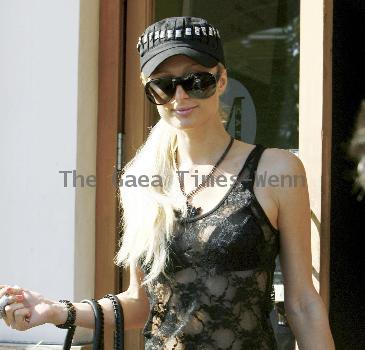 LAS VEGAS (GaeaTimes.com)- On Monday, Paris Hilton was charged by the Clarke County prosecutors with possession of cocaine. The charge was brought against her after she was arrested along with her boyfriend on Saturday after a packet containing 0.8 gram of cocaine was found in her purse along with some other items that included a broken tablet of prescription drug Albuterol. If proven guilty of the charge that has been brought against Paris Hilton, then she might have to spend four years behind Nevada prison bars.

Paris Hilton and her 34-year-old boyfriend Cy Waits were stopped by the police on Friday night after the police smelt marijuana smoke coming out of the vehicle that the couple was riding. In a reports on Monday, Las Vegas police Lt. Dennis Flynn mentioned that while her boyfriend failed a field sobriety tests given by an officer, the lady asked to be allowed to go into the Wynn resort as she was feeling “extremely embarrassed” with people gathering round her and snapping pictures. It was inside the resort, when Paris Hilton opened her purse to take out a lip balm that the packet of cocaine was noticed by the police. Eventually, when her purse was searched the police found albuterol tablet, rolling papers, a cash of around $1,300 and several credit cards along with the packet of cocaine.

The police report mentioned that Paris Hilton was unable to provide a satisfactory answer to the questions asked by the police. While she acknowledged owning the prescription asthma medication albuterol, she maintained that she had no idea where the packet of cocaine came from. She also held that the purse belonged to one of her friends, whose name however was not mentioned.

WASHINGTON - Albuterol, a compound commonly used to treat asthma and other respiratory diseases...

Paris Hilton 'thought the cocaine in her purse was 'gum'

WASHINGTON - Paris Hilton thought the cocaine allegedly found in her handbag during a search at ...

PARIS HILTON told cops she thought the cocaine allegedly found in her handbag during a search at...

Paris Hilton to be charged with drug felony

WASHINGTON - Hotel heiress Paris Hilton is to be charged with possession of cocaine, an offense ...

Paris Hilton denied purse and cocaine were hers before her arrest, Vegas police say

Purse, cocaine not hers, Hilton told Vegas policeLAS VEGAS — Paris Hilton had an explanation for p...

LOS ANGELES (gaeaTimes.com) -- When it comes to controversy, Paris Hilton doesn't seem to have e...

Paris Hilton denied purse and cocaine were hers before her arrest, Las Vegas police say