The popular Mr. Clooney, watchful Meryl and other Oscar vignettes 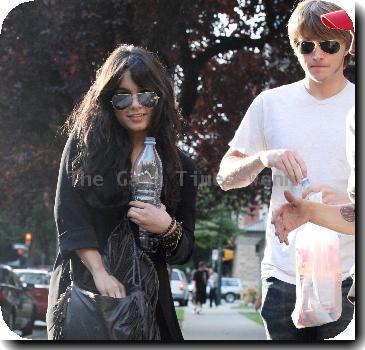 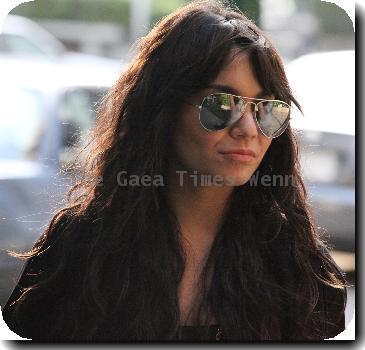 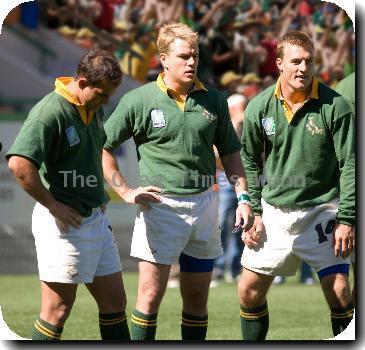 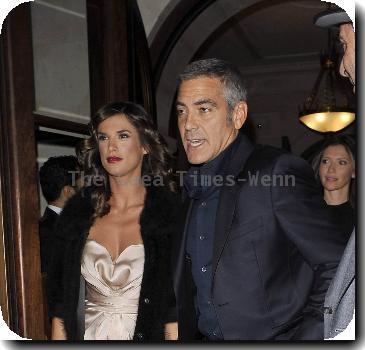 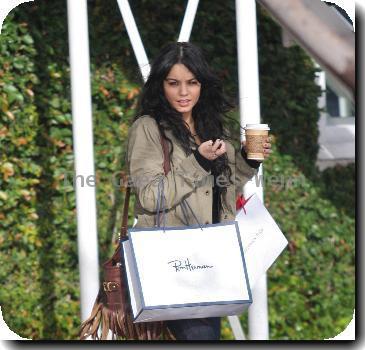 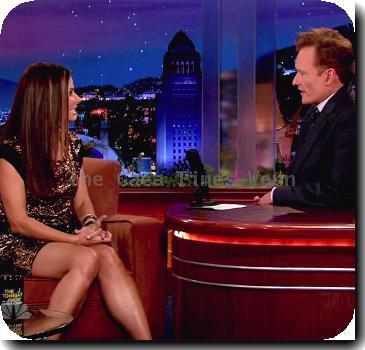 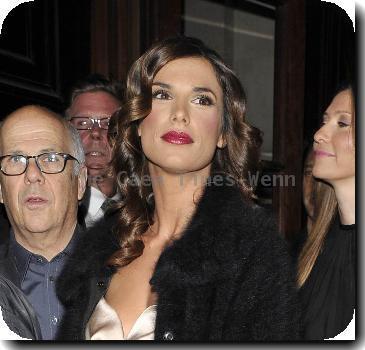 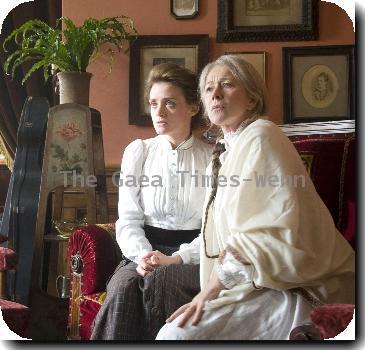 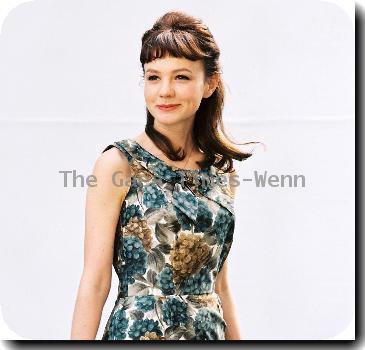 The popular Mr. Clooney and other Oscar vignettes

LOS ANGELES — Her Oscars in hand, Kathryn Bigelow bellied up to the bar at the Governor’s Ball immediately after the Academy Awards, not for a celebratory drink but to have her name placed on her new trophies.

Because almost no one knows who has won an Oscar until the person’s name is called, the statuettes that winners receive are blank. In years past, victors carried them home that way, then sent them off to the Academy of Motion Picture Arts and Sciences to have their names attached.

But in this age of instant gratification, academy organizers decided to shake things up this year, attaching the names immediately after Sunday’s show.

So in the back of the ballroom where the post-Oscar Governor’s Ball was unfolding, a team of workers kept busy placing the little engraved plates on each winner’s trophy.

“It’s like having your own sous chef,” Bigelow joked as her name was being attached to her Oscars for best director and best picture for “The Hurt Locker.” Mark Boal, who won his own “Hurt Locker” Oscar for best screenplay, photographed the moment for posterity with his cell phone.

It only takes about 30 seconds to attach a nameplate to an Oscar, said Mark Psaros, vice president of operations for R.S. Owens, which manufacturers the trophies. But he acknowledged that installers were taking a little longer than that.

“We draw it out so we can talk to people,” he said.

The absence of Farrah Fawcett from the traditional “in memoriam” segment of the Academy Awards broadcast Sunday was causing some to scratch their heads.

Fawcett, who died in June at the age of 62, was notably left out of the tribute, which was accompanied by James Taylor singing The Beatles’ “In My Life.”

Fawcett was predominantly a TV actress and starred in “Charlie’s Angels” and numerous made-for-TV movies. But she also appeared in theatrically released films, including 1976’s “Logan’s Run,” 1986’s “Extremities,” 1997’s “The Apostle” and 2000’s “Dr. T and the Women.”

There are often quibbles with the selections for the Oscar memoriam, but Fawcett’s credits — and her celebrity — would seem to qualify her for the tribute. The montage also included Michael Jackson, whose predominant medium certainly wasn’t theatrically released movies.

Film critic Roger Ebert was among those who questioned Fawcett’s absence on Twitter. Ebert called it a “major fail” and wrote, “They have a whole lot of ’splaining to do.”

Said Academy of Motion Pictures Arts and Sciences spokeswoman Leslie Unger, “Every year it’s an unfortunate reality that we can’t include everybody.”

LOS ANGELES (AP) — The real Leigh Anne Tuohy walked the red carpet at the Oscars ahead of best-actress nominee Sandra Bullock, who portrays her in “The Blind Side.”

“Go figure, here we are. It’s crazy,” she said in her sassy Memphis accent. “We’re excited.”

Tuohy said she still speaks several times a week to Bullock, and they went to dinner last week. Tuohy was accompanied by her husband, Sean, but their adopted son Michael Oher stayed away.

Oher, who was the focus of the movie, plays for the NFL’s Baltimore Ravens.

“He does that and he does it really well, and that’s what he wants to stick with,” she said.

LOS ANGELES (AP) — It was a family affair on the Oscar red carpet Sunday, with mothers proving a popular date, along with children.

“This counts as two good weeks of her speaking to me when we go home,” said Daniels, who raises Clara, “because all the kids are going to be looking at her like, ‘You was at the Oscars.’”

Clara’s scenes from “Precious” were left on the cutting room floor.

After dizzying months of critical praise and awards, Daniels said he would finally collapse on Monday.

“And, hopefully, with some gold next to me,” he said.

For a few moments, the Gyllenhaal family had a reunion. Supporting-actress nominee Maggie of “Crazy Heart” and her actor-husband Peter Sarsgaard met up with her brother, Jake, in the crush of celebrities at the Kodak Theatre.

“I’m meeting up with Vanessa afterward,” he said.

LOS ANGELES (AP) — Sandra Bullock moved serenely down the red carpet at Sunday’s Oscars, smiling and joking with media jammed in behind a hedge.

“It’s been a crazy two months and I think we’re all just happy to be here. I’ve been with these people, I feel like, more than I have with my husband,” she said, looking over her shoulder at hubby Jesse James, whose black motorcycle boots coordinated with his black tux and tie.

The best-actress nominee for “The Blind Side” won a Razzie on Saturday for worst actress in the romantic comedy flop “All About Steve.” Bullock was the rare A-list star who attended the awards that spoof the Oscars.

“I got no sleep and that’s why I’m tired today, but it’s making me relaxed,” she said.

LOS ANGELES (AP) — George Clooney knows the kind of career boost that winning an Oscar can bring. It happened to him in 2005, as the supporting actor winner for “Syriana.”

He went into Sunday’s Academy Awards with a good idea of what wasn’t going to happen for him and his nominated “Up in the Air” co-stars Vera Farmiga and Anna Kendrick.

“It’s probably not going to be Vera or Anna, and it’s certainly not going to be me,” he said on the red carpet before going into the Kodak Theatre. “But what you do know is that a nomination for Vera and Anna changes their career. They will suddenly be first on the list to get jobs and that is a tremendous jump in their careers.”

Clooney was accompanied by his girlfriend, Italian actress Elisabetta Canalis. Tucked inside his tuxedo was a little treat to get through the long ceremony — a sterling flask with his monogram, GTC.

LOS ANGELES (AP) — There are many reasons why George Clooney is one of the most popular stars in Hollywood: the crinkles around his eyes when he smiles, his soothing voice and his deep brown eyes.

But he’s also one of the most generous celebrities on the Oscars red carpet. He bounded across the red ropes Sunday to the bleachers with a pen in hand, ready to shake hands and sign autographs. The fans leaped out of their seats to get a glimpse of him, pressing toward the carpet that ran into the Kodak Theatre.

After he signed a woman’s security badge, she held it up in the air triumphantly and fans cheered for her.

“That was super-duper nice. That’s what they all should do,” said Pauline An, a stay-at-home mom from Golden, Colo. “I talked to Mary Hart, shook George Clooney’s hand and Jason Bateman waved to me. It’s a good night.”

“I was watching you earlier,” Streep said with mock gravity on her way into the ceremony at the Kodak Theatre.

The actress, who is nominated also for best actress for her performance in “Julia & Julie,” chastised Seacrest for “cheerleading a little,” but added: “That’s all right.”

Then Streep, referring to Bullock, gave in: “I’m in love with her, as is everyone in America. I kind of have been pulling for all the young gals.”

LOS ANGELES (AP) — The Oscars were a little bit country this year.

“Crazy Heart,” which stars Jeff Bridges as an aging country music star, was the most obvious presence on the red carpet at Sunday’s ceremony. Bridges was nominated for best actor, Maggie Gyllenhaal was nominated for best-supporting actress and the song “The Weary Kind” by Ryan Bingham and T-Bone Burnett was up for best song.

But Tim McGraw, co-star of the best-picture nominee “The Blind Side” was also in attendance with his wife, Faith Hill. McGraw plays the husband of Sandra Bullock’s character in the film.

Miley Cyrus was also at the Kodak Theatre to present an award. She came with her mother, Leticia Cyrus, but not her father, Billy Ray Cyrus.

“Last time I was here, I was with my dad,” the young pop star told E!’s Ryan Seacrest. “He kept stepping on my dress, so I’m hoping that doesn’t happen again.”

LOS ANGELES (AP) — In a throwback to more competitive days, Academy Award presenters rehearsed the line “and the winner is …” instead of the blander “and the Oscar goes to …” for Sunday’s show.

The last time the language was used officially was for the 60th Academy Awards in 1988, when “The Last Emperor” won for best picture. The following year, show producer Allan Carr changed the wording, although some presenters ignored the new guidelines.

“His goal was to make it not seem as competitive,” said Lucia Schultz, the motion picture academy’s librarian. Other awards shows also followed suit.

Although academy staff would not confirm the change before Sunday’s telecast, presenters have been using the phrasing all week.

During his rehearsal, he joked around saying, “The Saturday Oscar goes to …,” and “the winner of the fake Oscar is. …”