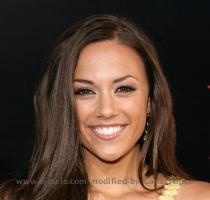 LOS ANGELES (GaeaTimes.com)- The beautiful actress Jana Kramer, with the on-screen name of Alex Dupre in “One Tree Hill”, is all set to start her music career. It was an attempt on the part of the pretty actress, turned singer and song writer, to explore her artistic skills a step further. Reportedly, she has shifted to Nashville, to sign her first record deal with Warner Brothers.

The 27 year old Jana Kramer is very much excited about her new endeavor, as she told to a reputed and reliable blog about it. The first single, which she recorded, has been entitled as “I Wont Give It Up”. The song was featured for the first time in her show, “One Tree Hill”, in one of its most recent episodes, that was aired on February 8. The lyrics of this song are extremely inspiring, as this new song writer took inspiration from her own life, to compose this song. In an interview, she said that, the song depicts all those moments of her life, when she was dependent on others. However, later on she realized about the ill consequences of being dependent on other4s, and moved on to evolve herself into a stronger woman. According to the beautiful lady, the song is all about describing her journey, from being a dependent girl to an independent woman.

Jana Kramer, is undergoing a very busy schedule right now. Her life constantly oscillates between Nashville, where the recording studio is located and Wilmington, where she shoots for one tree hill. Reportedly, her very popular show, will be called off air in the middle of March this year.

NEW DELHI - A long 52-year wait came to an end as India's national anthem was once again played in t...

WELLINGTON - A New Zealand radio host has been criticised by the Race Relations Commissioner, Jor...

NEW DELHI - With song and dance, colour and culture, a touch of tradition and a dazzling display of ...
Copyright© 2011 The Gaea Times