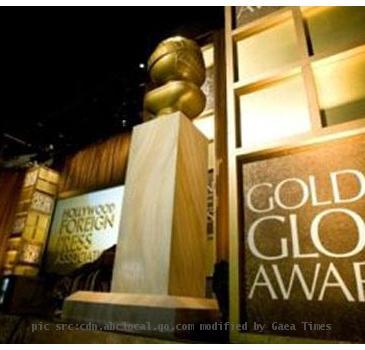 BEVERLY HILLS (GaeaTimes.com)- Much touted, much gested and much anticipated 68th Golden Globe Awards 2011 was held in Beverly Hilton Hotel in Beverly Hills, California last night and the entertainment lovers watched the whole gala event on NBC. The prestigious event was attended by who’s who of entertainment industry who walked the red carpet with elan. There were unexpected surprises, marvelous performances and at last this year’s winners were awarded with the much famed trophy. Golden Globe awards marked the beginning of award season and it often indicates who is going to for the Oscars this year.

Renowned television and film personality Ricky Gervais hosted the distinguished show and he managed to entertain the audience to its fullest. Last year’s one of the biggest grocers, “The Social Network” came out with flying colors and won four Golden Globe awards. The movie received the award for the Best Motion Picture/Drama, Best Original Score, Best Screenplay (Aaron Sorkin) and David Fincher bagged the award for the Best Director for the movie. “The Kids Are All Right” received the award for Best Picture, Comedy or Musical. The winners of the other categories of Golden Globe 2011 also received their respective awards.