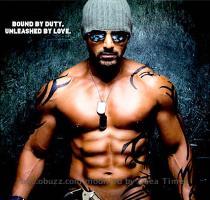 MUMBAI, INDIA (GaeaTimes.com)- It seems like John Abraham’s co-stars do not pay much heed to the star’s advices. This is what, reportedly, happened to the actor recently when he and his upcoming flick “Force” co-star Genelia D’Souza were eating together. John Abraham who is known for his well toned muscular body likes to go the healthy way. The actor advised Genelia D’Souza not to gorge on the fried foods and instead concentrate on a healthy diet. However, Genelia D’Souza did not seem to get affected at all by the actor’s advise and instead continued with her eating.

The forthcoming flick “Force” where audience will once again get to see Johnny boy coming back to the silver screen in the avatar of an action hero demands the actor to be completely fit and have a perfect body. As it is John Abraham is well known in the tinsel town for his healthy food eating habits. Now with this action movie in John Abraham’s kitty, the actor is maintaining a stricter diet. The actor who is popular for his extreme health concern had given Genelia D’Souza a simple advice thinking that she would be benefited from it. However, Genelia D’Souza proved him wrong as she was supposedly not at all bothered by the health tips.

The two are currently shooting for “Force” which is a Hindi remake of the super-hit Tamil flick “Kaakha Kaakha”. The movie is being directed by Nishikant Kamat who rose to fame with his directorial debut “Mumbai Meri Jaan” and the movie is being produced by none other than Vipul Amrutlal Shah. John Abraham is no mood to part with his healthy habits as he certainly wants to look perfect in this movie where he will once again be a part of the action packed drama.