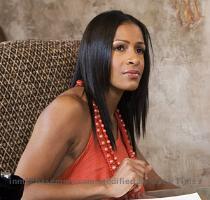 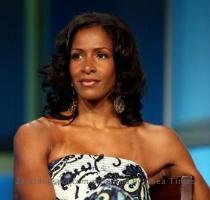 ATLANTA (GaeaTimes.com)- Sunday night’s episode of ‘Real Housewives of Atlanta’ held some big surprises for the fans as Sheree Whitfield turned up in a brand new Aston Martin on the show. Though the episode was shot earlier in the year, many fans started to wonder where the car came from. Sheree Whitfield had spoken about the car when the show was being shot and said that she did not want to let all her desires take the back seat. She also said that though she needs to downsize she was at a place where she was happy and did not regret the purchase.

According to a gossip website, however, the vehicle was repossessed by the law firm that Sheree Whitfield owed money to earlier this month. The insiders have revealed that Sheree Whitfield owed money to the law firm for her divorce case. Initially Sheree Whitfield’s rep refused to comment on the matter but later the diva herself shrugged off the matter to the media and said that it was just a car. The ‘Real Housewives of Atlanta’ star was also in the news earlier this week when reports surfaced that she owed big money to a private investigator who she used to get information about her ex.

In the episode on Sunday night Sheree Whitfield was seen preparing hard for the ‘Dancing Stars of Atlanta’, which was a charitable event, with the rest of the ‘Housewives’. Missing from the scene was the popular cast member Phaedra Parks who was busy preparing for her baby’s arrival. Cynthia Bailey, who is a relatively new addition to the cast was seen getting engaged to Peter Thomas who proposes to her in front of his friends.

NEW DELHI - The following are results on the seventh day of the Commonwealth Games here Saturday. ...

Vettori warns against complacency ahead of Bangladesh series

WELLINGTON - New Zealand skipper Daniel Vettori has asked his players not to be complacent ahead of ...

September 3, 2010 (Sampurn Wire): For those who have been wondering where Ram Gopal Varma’s ...

MUMBAI - Ram Gopal Varma's prize-discovery Mohit Ahlawat, who made an appearance in the just release...
Copyright© 2010 The Gaea Times