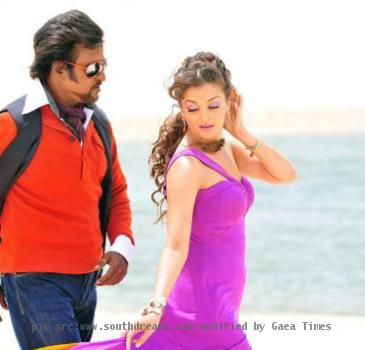 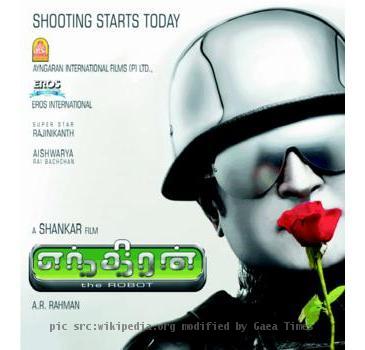 MUMBAI, INDIA (GaeaTimes.com)- As widely expected ‘Endhiran: The Robot’ the latest film of Southern superstar Rajnikanth and Bollywood diva Aishwarya Rai Bachchan has opened to a huge response. The opening day collection of the sci -fi flick is huge and it is slated to smash the competition at the box office this year predicts the trade experts. In southern states the fans of the actor splashed the posters of the movie set outside the halls with garland and milk and many of them prayed for the success of the movie at the temples. However, the movie on its own is going to do extremely well as the indications suggest. It has been released over 22000 prints allover the world.

The film Endhiran is likely to break the box office records set by the earlier films of Rajnikanth despite the fact that it has been made at a budget of INR 150 crore. Around 40 percent of the money has been spent on special effects. The viewers who have seen the movie have said that the visual effects and CGI used in the movie can give the Hollywood movies a run for their money. Despite his age the charisma of Rajnikanth is intact and actress Aishwarya Rai Bachchan after a long time holds her ground against the protagonist in the film. This film can boost the much needed oxygen in her career which has been stagnant for a while.

Endhiran is going to give the other films released this week a tough fight at the box office including the Ranbir Kapoor-Priyanka Chopra starrer Anjaana Anjaani. Director Shankar is laughing all the way to the bank now.