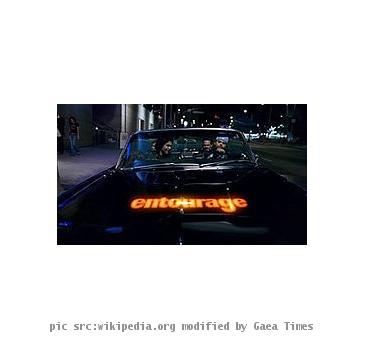 LOS ANGELES (GaeaTimes.com)- The 2nd episode of the action-comedy drama ‘Entourage‘ has been highly sought after by the fans on the web. the episode is set to air tonight on HBO and will show the men undertaking new adventures and challenges. The episode will break some harsh truths to Drama and also show Turtle at the height of his frustration.

The episode that airs tonight of ‘Entourage‘ will show Vince going too far with his daredevil instincts and signing up to perform a dangerous car stunt in his upcoming action movie that is directed by Nick Cassavettes. In spite of Ari and Eric trying to convince him against it he plans to go ahead with it. Ari tackles not just the PR issues of Vince’s new film but also is confronted by Dallas Cowboys owner Jerry Jones and other NHL executives. He also receives unexpected help from black sheep agent Lizzie Grant. Turtle is seen frustrated with one of his employees in the car service business and ends up with an egg on his face. Drama gets the harsh truth that he needs a new job when he understands that only 8 weeks of the holding deal is left. Eric takes up the job of finding a job for Drama after being asked by Vince.

‘Entourage‘ has been a highly successful drama on HBO with 24 Primetime Emmy Award nominations, 14 Golden Globe Awards nomination, 6 Screen Actors Guild Awards nominations and 4 Producers Guild Of America Awards. The central theme of the show is the male friendship and the Hollywood life. According to some reports the central character of Vince is loosely based on the life of Mark Wahlberg who is also the executive producer of the show.