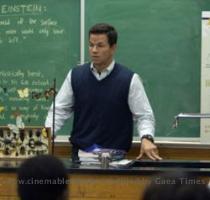 LOS ANGELES (GaeaTimes.com)- Recently the world got to hear one key confession of Mark Wahlberg. The actor in a recent interview confessed that his upcoming movie “The Fighter” has made him proud of his achievements.

Until now the former rapper, actor and producer was caught mingling in a controversy which he had raised by saying that M. Night Shyamalan directed movie “The Happening” was indeed a ‘bad movie’ in which he had acted. However, burying such past controversies, this time Mark Wahlberg has come up with a better confession which is related to something best in his life. According to sources, in a recent interview, the actor revealed that “The Fighter” is until now the best achievement in his best life. His statement holds quite a crucial angle as far as the film’s promotion is concerned. It has often been seen that such confessions, have a pivotal role in the box-office career of a particular film. This kind of positive statement has come across as a gleeful news for all the Mark Wahlberg fans, who cannot wait patiently to catch a glimpse of the movie.

Another source reported that Mark Wahlberg had been taking preparations for four long years to gear up for this film. He had to undergo a lot of training sessions and exercises to fit himself perfectly for the role. He told that he was indeed lucky to have Micky Ward himself guiding him, on whom “The Fighter” is based. Micky Ward is a well known retired boxer, whose life is the actual inspiration behind the whole movie. News on the front has it that “The Fighter” is being considered as a heavy weight for the Oscars.

LOS ANGELES (GaeaTimes.com)- Rebecca Budig, the actress who rose to fame in the popular ABC ...
Copyright© 2010 The Gaea Times