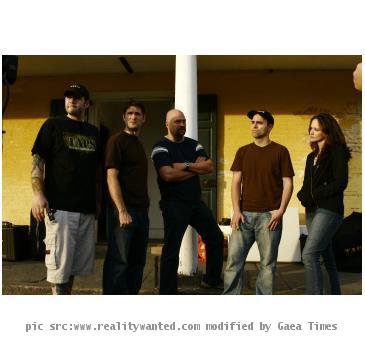 LOS ANGELES (GaeaTimes.com)- The Norwich State Hospital was featured in the latest episode of the hit series “Ghost Hunters.” This was the finale episode of the mid season flank of the series. The paranormal investigating team went up to the hospital after they got reports of the certain paranormal sightings and activities being spotted in the building. According to the reports, many residents of the nearby areas have heard spooky noises and seen strange sightings. The paranormal investigating team of Ghost Hunters visited the hospital in order to judge the authenticity of the reports. Of course, the visit turned out to be a real success.

The Norwich State Hospital was established in 1904, and reports of it being haunted cannot be completely brushed off as being merely imaginary, with even the condition of the building contributing to the presumption. Dilapidated and abandoned, many feel that the authorities should long ago have pulled down the building. Nearby residents claimed that they had heard spooky sounds like children moaning and often, blood curdling screams. Moreover, they have also heard sounds of children playing and the noises of animals, which have contributed to the idea that the place is haunted.

The ghost hunting team of “Ghost Hunters” camped in the premises of the Norwich State Hospital for a period of four days, back in March this year. They claimed that they were able to have many personal experiences, although they had not come across any real ghost as such. However, they got to see some spooky figures like someone going up the stairs, and also the sound of a dog barking.