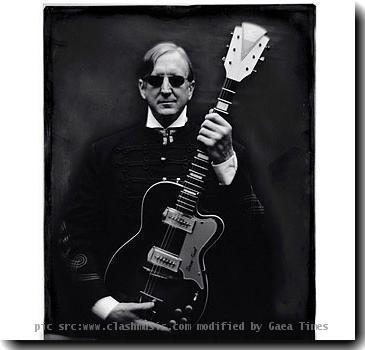 LOS ANGELES (GaeaTimes.com)- T-Bone Burnett, along with Ryan Bingham were presented with Oscars at the 82nd Academy Awards held at the Kodak Theatre. They both were awarded for their music compositions in the movie ‘Crazy Heart’, which has also bagged an Oscar for Jeff Bridges in the Best Actor category. T-Bone Burnett wrote six songs for the movie but he and Ryan Bingham were selected for their composition called “The Weary Kind.” The song happens to be the main theme song for the movie and continues its dominance as a recurring motif in the drama.

“Crazy Heart” had Jeff Bridges as the male lead, who portrayed the character of a fallen country singer Bad Blake. Jeff Bridges, Ryan Bingham and T-Bone Burnett have already won the Golden Globe Awards in the same category. It was the first Oscar win for all three of them. However, for Jeff Bridges it was his fifth nomination at the Oscars since his very first in 1971, for “The Last Picture Show.”

Jeff Bridges made a point to mention the late musician Stephen Bruton for his contributions in making “Crazy Heart” streamlined with the very best of country music, that is equally alluring as it is enchanting. Stephen Bruton died of cancer. The other nominations in the category included two songs from Randy Newman namely ‘Almost There’ and ‘Down in New Orleans,’ from ‘The Princess and the Frog,’ and ‘Loin de Paname’ from ‘Paris 36,’ and Maury Yeston’s ‘Take It All’ from ‘Nine.’ T-Bone Burnett & Ryan Bingham will be pairing it up once again for Ryan Bingham’s “Dead Horses”.