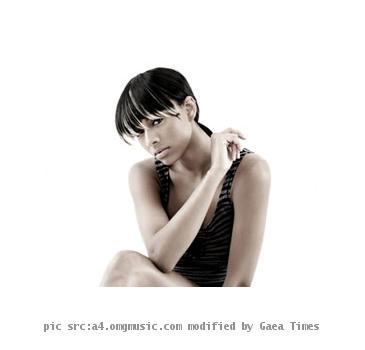 LOS ANGELES (GaeaTimes.com)- Highly anticipated album by Keri Hilson, “No Boys Allowed” received good reviews from the critics just at the day of its release. The album hit the music stores on Tuesday and soul singer John Legend has also co-written a song for the album. “No Boys Allowed” track list shows Chris Brown, Rick Ross, Timbaland, Nelly, Kanye West and J. Cole featuring as the guest vocals for the album. Lead single “Breaking Point” received much appreciation from the critics owing to its wonderful lyrics and good composition.

“No Boys Allowed” has received mixed reviews from the critics as some said that Keri Hilson lived up to the expectation of the listeners in her second album. She paired with rapper Chris Brown in the song “Breaking Point” which also bagged commendable review from the critics. Kanye West and Keri Hilson’s song “Pretty Good Girl” received rave reviews and the composition has won the hearts of her fans. The track-list includes many other singles and according to some critics, her latest album can be called as her comeback.

In one of her recent interviews Keri Hilson said that the provocative title of her album “No Boys Allowed” does not mean that she is trying to exclude men from her album. The track-list and the songs show that the album is about women understanding at certain point of their lives that they need a perfect man. Singer Rick Ross, who paired with Keri Hilson in one of her songs, was all in praises for the singer and said that the “Turnin Me On” singer has gone to a new level through her songs.

LOS ANGELES - Singer Nick Lachey is happy to learn about his ex-wife Jessica Simpson's engagement an...

LOS ANGELES (GaeaTimes.com)- The 'Black Girls Rock!' event that was telecast on BET network on S...

Meet the Big Apple mom, dad, and son, all born on November 1

NEW YORK - A family of three-mom, dad and son-in the New York City have a special connection-they al...

LOS ANGELES (GaeaTimes.com) -- The internet is buzzing now a days with the arrival of a new teen...