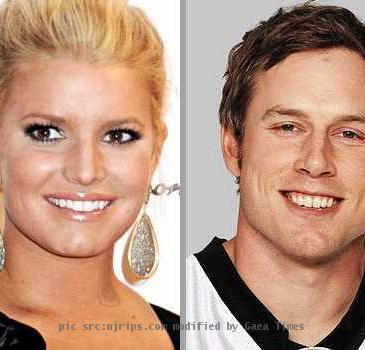 NEW YORK (GaeaTimes.com) — Singing sensation Jessica Simpson was a busy woman on the Thanksgiving Day as she had prepared a diner herself for her fiance Eric Johnson. The couple were present at the Coppola’s East restaurant in New York City where the 30 year old singer had prepared the meal.

Jessica Simpson cooked a vegan Thanksgiving meal in her hotel room and the dinner party both of the couple’s parents were present to enjoy the meal. It was great evening for the newly engaged singer who managed to cook a delicious diner for her in-laws. One of the sources revealed that Jessica cooked turkey and also also included some mouth-watering dishes in the diner to impress her future husband.

Jessica Simpson’s grand feast also included some their common friends. The couple with both of their families left the hotel after the diner and went to Meadowlands Stadium in East Rutherford, N.J., to watch the New York Jets beat the Cincinnati Bengals. Sources also confirmed that the couple looked very happy together.