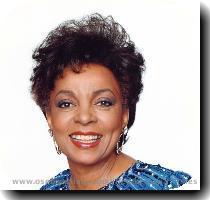 NEW YORK (GaeaTimes.com)- It was a big night for African-American as BET aired the ‘Black Girls Rock’ show on November 7. Among some of the legends of the entertainment industry present on the special night there was the iconic Ruby Dee who was honored with the Living Legend Award. BET CEO Debra Lee spoke about the event, that was recorded a month ago, and said that among all the honorees at the awards night, it was Ruby Dee who moved her the most.

Reports reveal, Debra Lee explained that to her Ruby Dee was a huge legend and to watch her speak on stage was special. She also spoke about Ruby Dee’s entry on the red carpet and her expression while being honored. Iconic American actress and civil rights activist Ruby Dee danced down the red carpet of the event and also had a rather amusing expression while being honored. In spite of the light mood, she gave a rather moving speech whilst receiving the honor.

Ruby Dee was presented the honor by Lynn Whitfield who introduced her as everything that represents Black Girls Rock. The icon came on stage and in her touching acceptance speech said that it was times like these that made her truly understand and appreciate the responsibility, empowerment and promise of being called a legend. The event was hosted by Nia Long and there were some stellar performances by some of the new as well as legendary African-American artists of our times. R&B Mogul was also awarded on the special night as a Visionary.

LONDON - Britain's fattest man, who weighed 50-stone, has undergone surgery in India after doctors i...

LONDON - A stark naked stripper in Britain is said to have attacked a pub landlord and his wife w...

PUNE - A 300-kg Briton, who is looking forward to getting married, became the heaviest patient to un...

LOS ANGELES (GaeaTimes.com)- The 'Black Girls Rock!' event that was telecast on BET network on S...
Copyright© 2010 The Gaea Times