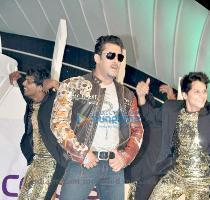 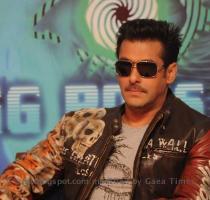 MUMBAI, INDIA (GaeaTimes.com)- The highly anticipated season premiere of ‘Bigg Boss’ aired on Indian TV screens on October 3 on the Colors channel. The episode put to rest all the speculations that were doing the rounds about the contestants who will be appearing on the show. The new set of house guests promise to provide the audience with some great reality drama in the episodes of ‘Bigg Boss 4‘ to follow. Salman Khan, the new host, was also seen at his comic best on the show and also made a grand entry on the show.

The show began with the ‘Dabangg’ star introducing the audience to the house guests one by one and though the names were not big surprises, thanks to the web, the Indian audience were given an idea of what each of the guests would bring into the ‘Bigg Boss 4′ house. The show also provides a platform for some celebs to get the needed exposure and become a regular face on TV. Former contestants like Rahul Mahajan and Rakhi Sawant have gained significantly from the mileage that the show has provided.

Among some of the names this year on ‘Bigg Boss 4‘ that have got the audience talking are Manoj Tiwary, a Bhojpuri star who is known for his political affiliations, Ashmit Patel, Ameesha Patel’s scandal prone brother, Shweta Tiwary, the TV actress with a somewhat public private life and Sakshi Pradhan who is a former reality show contestant but is in the news recently for an MMS scandal. This year there are also some contestants with a history of crime which includes Bunty Chor and Seema Parihar, the latter being a real life bandit.