Review Of Dabangg Doing The Rounds 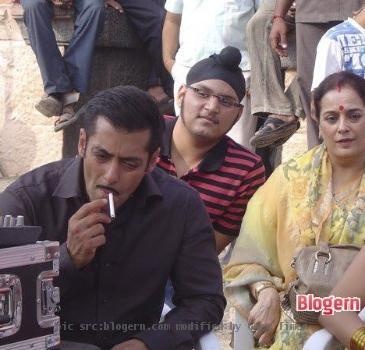 MUMBAI, INDIA (GaeaTimes.com) A lot of people across the world had marked September 10 on their calendars as one of the most anticipated films of the year was due to release on the date. Considering the hype that ‘Dabangg‘ generated, people have been scrambling the web to read the reviews of the Salman Khan starer Bollywood potboiler. The promos and the songs of the film have already been a hit with the audience and the critical review so far has not been disappointing either.

Among some of the critics who have already given their review of Dabangg, Salman Khan’s performance has been the highlight. Sporting a moustached look, the ‘Wanted’ star plays the role of Chulbul Pandey aka Robin Hood Pandey, a corrupt and foul mouthed police officers. A critic has pointed out that the role was tailer made for Salman Khan and rather written keeping him in mind. Sonakshi Sinha, who plays Salman Khan’s love interest in the film has also received a great welcome into the industry from the critics in the reviews so far. Other stars who have been appreciated for their roles in the film are Vinod Khanna (Salman Khan’s father) and Sonu Sood, who plays the role of the antagonist.

In spite of using some Bollywood masala film cliches like police officer-simple girl romance, mother’s death, unity of brothers near climax, and an almost superhuman hero, Dabangg has managed some really favorable reviews. The film is a must watch for all those who are looking for some hardcore Hindi film action and an entertaining weekend.