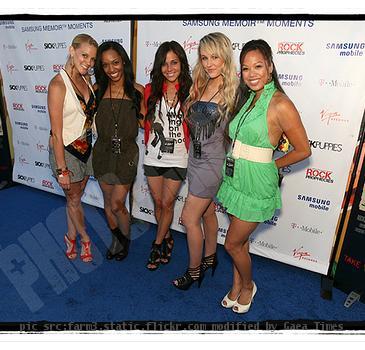 LOS ANGELES (GaeaTimes.com) — Beach Girl5 or BG5 is a California based band that includes five ravishing and talented girls. This upcoming band is all set to create waves in the music industry as they are going to launch their first hit club single that is brilliantly titled ‘Scratch’.

BG5 girls will launch their sensational song on 30th Nov in US and on 10th January in UK. To promote their song and to let people know about their newly formed band, the girls will go on a five-week road trip in UK and they will also visit 15 cities in America. Their fun tour will start from November.

BG5 girls include Brooke Adams, Dominique Domingo, Noreen Juliano, Mandy Jiroux, and Laura New. All the five girls are on to explore their talent and to reach to their skies with the help of music. According to reports that BG5 will be delivering one rocking performance infront of Justin Bieber and Selena Gomez for the PopCon this year. Though the video of the song has not released yet but we have provided you with the latest song ‘Scratch’. Just listen to it and tell us whether BG5 has that factor to reach to the top.

LOS ANGELES (GaeaTimes.com) -- Beach Girl5 or BG5 is a California based band that includes five ...
Copyright© 2010 The Gaea Times