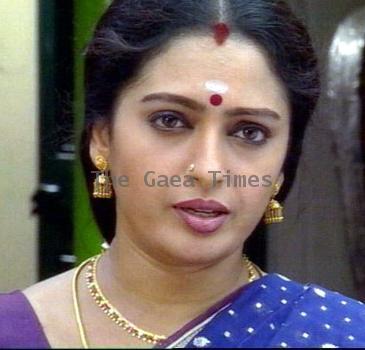 September 17, 2010 (Sampurn Wire): It looks like a season of second marriages in Tamil film industry. Few weeks back, it was Prakash Raj marrying Bollywood choreographer Poney Varma after his divorce with first wife Lalitha Kumari. Off the late, India’s most happening choreographer-filmmaker Prabhu Deva made official announcements about entering wedlock with South Indian actress Nayanthara. According to sources, an informal engagement ceremony was held at Prabhu Deva’s house in the presence of his parents. Both Prabhu Deva and Nayanthara exchanged garlands and sought the blessings of family elders.

Prabhu Deva’s wife Latha has accepted for applying divorce with mutual consent and his wedding will take place soon after divorce is granted.

The latest to join this bandwagon is yesteryear actress Seetha, ex-wife of Parthiban. There were news about both Seetha and small screen actor Satish entering wedlock. Clearing the buzz in the air, Seetha said that it’s true that they’re going to get married. But it will happen only after Satish gets divorce.

Parthiban and Seetha married before 20 years and later parted ways due to difference of opinion. Their eldest daughter, Abhinaya, stays with her mom while youngest one, Keerthana, of Mani Rathnam’s Kannathil Oruvan fame lives with her dad. Even the adopted son, Radhakrishnan, stays along with Parthiban and Keerthana.

September 7, 2010 (Sampurn Wire): Couple of days after the grandest marriage of Rajnikanth’s...

Will Ramarajan Score Big In His Second Innings?