Amisha Patel has been signed for Param Veer Chakra 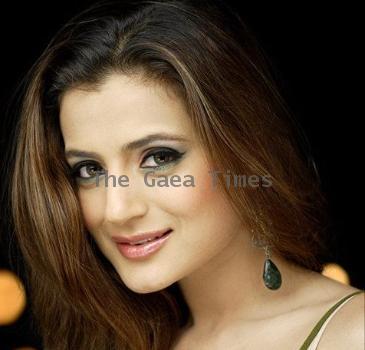 August 18, 2010 (Sampurn Wire): Bollywood actress Amisha Patel has been signed to be a part of the Telugu patriotic movie Parama Veera Chakra. She will be acting opposite Telugu star Balakrishna.

The movie is being directed by veteran director Dasari Narayana Rao. It is heard that Amisha was finalized following a lot of discussion. Earlier, it was reported that Anushka had been selected to play the female lead role. However, her date problems cleared the way for Amisha Patel. Young actress Sheela would be playing the other female lead in the film.

Balakrishna, who is popularly known as Balayya and NBK, will be playing a double role in the movie. The movie is now shooting at ‘Ramoji Film City’ in Hyderabad. Some of the war scenes will be shot in Kashmir and other areas. The shooting for the outdoors will start in the coming November.

In 2000, Amisha Patel acted in her first Telugu movie titled Badri, which was directed by Puri Jagannath and starred Pawan Kalyan. The actress had also acted in two other Telugu movies titled Naani in 2004 and Narasimhudu in 2005. In Naani, Mahesh Babu played the title role. Junior NTR and Sameera Reddy were her co-stars in Narasimhudu.