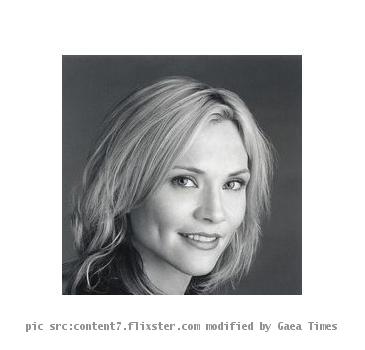 LOS ANGELES, CALIFORNIA (GaeaTimes.com)- Amy Locane known for “Melrose Place” is charged with killing a woman after allegedly crashing her car under alcohol influence. On Sunday, June 27, Amy Locane was driving her Chevy Tahoe in Montgomery, New Jersey around 9 p. m. when she hit a Mercury Milan as it was turning in the driveway. The actor was taken to the hospital for an alcohol test at Princeton Hospital and then was shifted to the police custody for further interrogation.

A reputed media source said that Amy Locane accepted that she had several glasses of wine before driving her car. The passenger in the other car was pronounced dead right at that moment and her husband Fred Seeman was injured severely and hence was taken to New Brunswick’s Robert Wood Johnson University Hospital for treatment. The witnesses said that Amy Locane had a minor hit and run accident before the vital crash and her car had knocked over mailboxes.

Amy Locane was charged with second degree vehicular homicide and DUI on Monday after her alcohol test came positive. Amy Locane is also charged with an assault by auto and she is presently at Somerset County Jail in lieu of $50,000 cash bail.

The Police also said that Amy Locane will have to face 5 to 10 years of prison sentence if she is convicted. Amy Locane was not much injured in the accident, she only suffered a minor cut to her right foot. When Amy Locane was arrested, the police said that she was totally in a drunken state and her eyes were blurred. The “Cry Baby” actor was earlier at the Hopewell Off-Broadway Theater where she was celebrating the wrap of her starring role in “Missed Connections”.