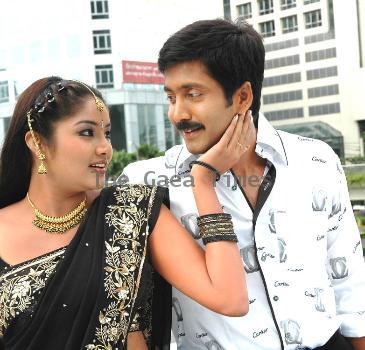 DTS mixing works are in progress for ‘Aunty, Uncle, Nandagopal’ directed by DVK Nageswara Rao, presented by M Vijayakumari, and produced by C Gopalakrishna on the banner of Jayakrishna Creations with Vadde Naveen, Lakshana and Sadhika in the lead. Speaking on the occasion, the producer says, ‘We are bringing out the film as a wholesome entertainer, which could be watched by the entire family by sitting together. The story and its movement would be impressive and several popular comedians played key roles in the film. There is a good response to the title. Vandemataram Srinivas scored melodious tunes and there is a massive response from the audiences towards the audio as well, which was released into the market through Aditya Music. We are making efforts to release the film by the end of May.’ Kota Srinivasa Rao, Brahmanandam, Krishna Bhagawan, Tanikella Bharani, Dharmavarapu Subrahmanyam, MS Narayana, Kondavalasa Lakshmana Rao, Hema, Sana, Apoorva, Jhansi and others are in the cast. Dialogues are by Marudhuri Raja, cinematography is by Thota M Naidu, while P Rajesam and B Rajeshputra are the co-producers and story, screenplay and direction are by DVK Nageswara Rao.

WASHINGTON - The US is a nervous groom and India a reluctant bride and the visit of President Barack...

ABU DHABI - The spotlight was once again on India at the Abu Dhabi Film Festival, courtesy a British...

LONDON - Actress Helen Mirren got nostalgic while shooting for her new movie "Brighton Rocks", in wh...

Helen Mirren worked as a waitress in real life

LONDON - Actress Dame Helen Mirren has confessed that she could relate to her latest film role as a ...

August 28, 2010 (Sampurn Wire): For the longest time the prolific filmmaker Priyadarshan and hi...

NEW DELHI - After pretending to be a gay in "Dostana" and playing an outlaw in "Raavan", Abhishe...
Copyright© 2010 The Gaea Times