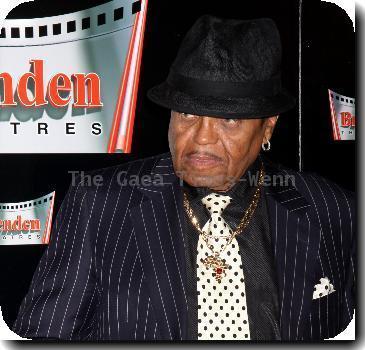 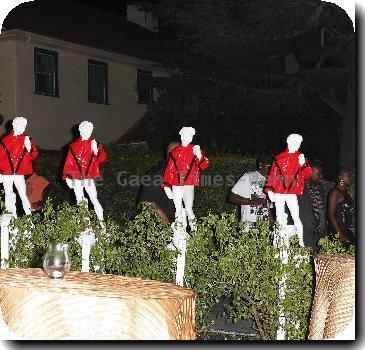 NEW YORK — The Rock and Roll Hall of Fame honors music’s most treasured acts, but this time it was the hall’s turn to be feted. Bruce Springsteen, Billy Joel, Stevie Wonder and more celebrated the hall’s 25th birthday with a concert that included all-star collaborations, spellbinding guitars, plenty of high notes — and even tears.

“It’s been incredible being in a room with musicians … who put music in your head,” Springsteen said during his rollicking set, which ran nearly two hours and featured the Boss collaborating with the Piano Man, singing Joel hits like “New York State of Mind” and “Only the Good Die Young.”

The night’s emotional highlight came courtesy of Wonder, who sang Michael Jackson’s upbeat “The Way You Make Me Feel,” in tribute to the fallen King of Pop. During one part in the chorus, Wonder stopped singing, bent his head and started to sob, but he quickly gathered his composure to finish the song, ending it joyously by leading the crowd with chants of “We Love Michael Jackson” and “Long Live Michael Jackson.”

Soul crooner John Legend shared the stage with Wonder during the song. He said while backstage that Wonder’s emotion for Jackson “is very heartfelt, and you can see it, you can feel it.”

“I was just honored to be with him to celebrate Michael’s legacy,” Legend said.

It wasn’t the night’s only bittersweet moment. Earlier, during Paul Simon’s performance, he performed the Beatles “Here Comes the Sun” for the late George Harrison, whom he called “a man who I truly loved and admired greatly.”

But the mood of the night was hardly somber. Instead, it was an endless jam session of rock gods playing some of the most cherished songs in pop music’s catalog. Performers like Wonder and Springsteen didn’t just use their sets to sing their own songs, but to give homage to their influences and celebrate the newer generation’s music stars.

Simon brought out Dion and also Little Anthony and the Imperials, and Springsteen showcased inductee Sam Moore and John Fogerty, as well as veteran Darlene Love and guitarist Tom Morello, whom he called a “future member of the Hall of Fame.”

Wonder performed hits he made famous, like “Living for the City” and “Superstitious,” but also gave the spotlight to blues legend B.B. King, who performed “The Thrill Is Gone,” while Smokey Robinson sang the Miracles classic “The Tracks of My Tears.” Soul crooner Legend also performed, and Jeff Beck electrified Wonder’s “Superstitious” with his guitar.

Raitt performed the songs “Love Has No Pride” and “Midnight Rider” with Crosby, Stills & Nash — she and Love were the only two female acts featured on the male-dominated bill.

The capacity crowd was on its feet most of the night, giving one of its biggest ovations at the sight of Art Garfunkel with Simon; the crowd sustained a roar after the two gave a poignant rendition of “Bridge Over Troubled Water.”

But Springsteen was clearly the night’s biggest draw, and even though he went on close to midnight, there weren’t many empty seats as he went through a set that included songs like “Born to Run,” the Clash’s “London Calling,” Roy Orbison’s “Pretty Woman” and “The Ghost of Tom Joad.” He used that song as a bellwether of today’s troubled times: “High times on Wall Street and hard times on Main Street,” Springsteen told the crowd.

The evening closed with Springsteen and his guest stars performing a spirited rendition of Jackie Wilson’s “(Your Love Keeps Lifting Me) Higher and Higher” — ending on a musical high note.

Friday’s concert promised to provide even more, with a lineup including U2, Aretha Franklin and Metallica.