Be a Man: SKR, Aamir give tips to Rani! 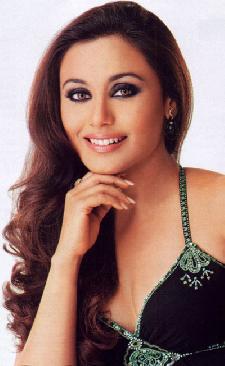 Rani Mukherjee is on cloud nine as she is returning on silver screen after two years. Her well-wishers and good friends are sticking by her and wishing her luck, and are giving her every possible tip for climbing the ladder of success, all over again.

That includes Rani’s two favorite co-stars, Shah Rukh Khan and Aamir Khan. “During the making of the song bhangra, bistar, beer… with Rakhi Sawant; Aamir and SRK dropped in on the sets and gave tips to Rani for her manly avatar and behavior,” informs the source from the sets.

Elaborating more on the incident, our eye witness converse, “Rani was surprised to see them coming and giving their inputs for the choreography of the song. She was all the way happy and took their advice seriously.”

“SRK just dropped in, as Rani has been his favorite co-star too. He gave her some tips on how to flirt with a woman. Whereas Aamir gave her inputs on how to go about her manly look, and behave in the same manner,” concludes the source.

After all this, Rani ka dil toh bolega hadippa… isn’t it?