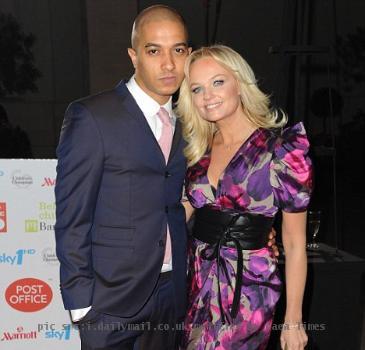 LOS ANGELES (GaeaTimes.com)- Former ‘Spice Girls’ star Emma Bunton has ultimately decided to tie the knot with her longtime boyfriend Jade Jones. The couple who have been romantically involved for the past eleven years, got engaged late last week on the 35th birthday of the ex-pop singer. Emma Bunton, who was popular as Baby Spice during the band’s heydays, wrote on her post in Twitter that she is all set to exchange vows with her longtime beau. Although the singer has confirmed the news of her engagement, details about the wedding date has not been forthcoming as yet.

Since the news of the poptress’s engagement to Jade Jones has come to light, her ‘Spice Girls’ bandmates have offered their congratulations over the couple’s plans to walk down the aisle. Victoria Beckham took to Twitter to wish her bandmate the very best in future and wrote, “Congratulations Emma and Jade on your engagement!” while expressing her happiness over the engagement news. Bandmate Melanie Chisholm has also been vocal about her excitement over the 30-year-old former pop singer’s engagement, who added, “”Mrs Jones!!! Congratulations to you both and (son) Beau and Bump. Love you all.”

In the meanwhile, getting engaged is not the only factor that is keeping Jade Jones and his lady love on a high these days. The soon-to-be married couple, who already have a three-year-old son together, are all set to welcome their second child during spring this year. The singer made the announcement in November last year that she was expecting their second child together in spring.

WASHINGTON - A 2,700-year-old pyramid tomb containing royal burials and jewels was uncovered i...

At this palace hotel, you feel like a Nizam

HYDERABAD - Imagine relaxing in the private chambers of the Nizam, sitting in the splendid Durbar Ha...

LONDON - Former Spice Girl Emma Bunton has announced that she is pregnant with her second child. The...