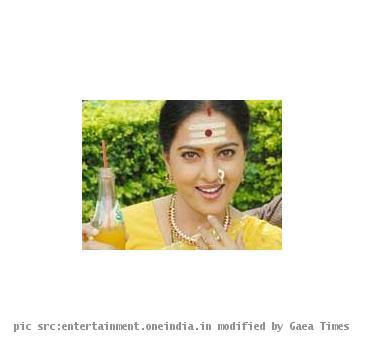 BANGALORE, INDIA (GaeaTimes.com)- The news of well known South Indian actress Yamuna getting caught in a large scale prostitution racket in Bangalore has created sensation in media and Tollywood. The actress who acted in a number of hit Kannada and Tamil films in her career and also worked in TV serials in the later years was caught in a seriously compromising position in the elite hotel. The cops were topped off earlier by the informers and they were trying to catch her red handed for quite some time. They succeeded and some other persons were also arrested by the cps on Friday night. With time spicy details about the romp rampages of the actress are coming out which are really shocking.

Actor Yamuna reportedly did not offer her services to her clients for more than once and a client was not allowed to get her for the second time no matter how much he offered. Surakshit her agent who also got caught in the surprise raid did not allow a client for second time. He worked with a number of call girls in other metro cities as it has been reported. Surakshit used a number of cautionary measures for Yamuna so that she would never get caught. He used to book the hotels on weekdays to avoid suspicion.

Actor Yamuna is now out on bail but the secrets of her ‘other’ profession is making headlines. A top CCB official said on the incident, “At the time of raid, Yamuna said ’sorry’, indicating that she was in this business knowingly. We caught her red-handed.”