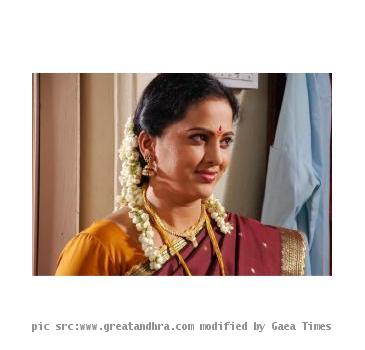 HYDERABAD, INDIA (GaeaTimes.com)- In a sensational development that has sent shock waves in the South Indian film industry actress Yamuna has been arrested by Police in Bangalore in a seriously compromising position at a star hotel. The actress who has acted in a number of Kannada and Tamil movies was known for her traditional image! The actress was caught when Bangalore police carried out a raid at ITC Royal Gardenia Hotel. It is among the posh hotels of the city. The cops raided the elite hotel Thursday night and the actress was caught with some others. A software firm proprietor was also arrested by the cops in this connection. The actress however has not said anything defending herself so far. The revelation is shocking but similar rackets are reported to run under the cover in many cities in south India.

The fans of actress Yamuna was taken aback as the news of her arrest spread like a wildfire. The video of another southern actress Ranjitha with self proclaimed godman Swami Nithyananda did the rounds earlier. However, this time it is not a video but the actress herself was caught. The special task force of Bangalore police is hunting for similar prostitution rackets involving film actors and high profile clients. Yamuna has acted both on silver screen and in a number of TV serials.

Yamuna is quite popular with the viewers. The southern film industry is shocked at this development. This is not the first time that an actress from the industry has been caught in sex racket involvement. Earlier actresses like Bhuwaneshwari and Jyothi were also disgraced for similar activities.

Diving for diamonds - and life - in Yamuna waters (Feature With Image)

NEW DELHI - Moinuddin and Krishna, though as different as chalk and cheese, have one thing in common...